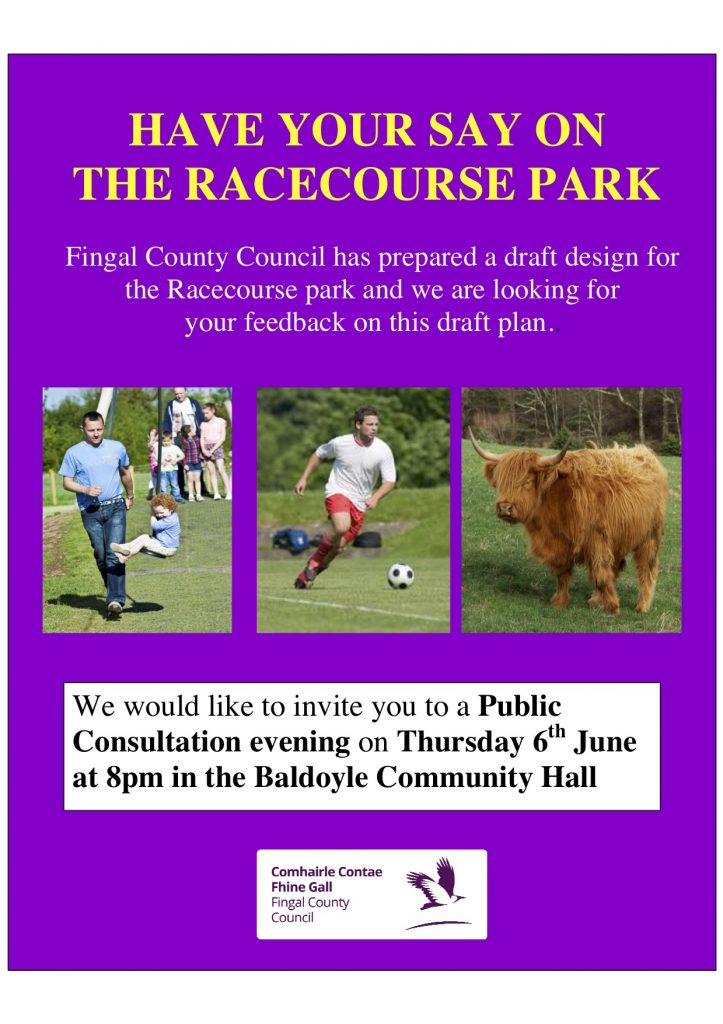 There was a public consultation earlier in the year in relation to bye-laws for Open Spaces and Parks. I opposed the provision in relation to dogs and cyclists before they went on display and made the following submission to the consultation. It also addresses the use of motor vehicles in parks.

Cycling in parks and open spaces, giving way to pedestrians

Chapter:
Section One – Bye Law 4.6(A) Traffic, Bicycles, …
Chapter topic:
I disagree with the proposed amendment

The proposed bye-law bans all cycling in parks and open spaces, including linear routes, except on
– designated routes and
– for children under 12 accompanied by adults.

To the best of my knowledge there are no such designated routes. Certainly there’s no information online as to any such routes.

The bye-law is a slight adjustment of the existing bye-law.

Many Fingal parks are important routes to for local students accessing secondary schools by bicycle. For example Seagrange Park Baldoyle and Malahide Demesne.

Suggested bye-law: Cyclists must behave in a manner respectful of other parks users and the character of the area and must give way to pedestrians at all times. Cyclists must not use any route which has been designated as closed to cyclists and must obey any directions of Fingal County Council whether given by signs or by a parks warden.

All vehicles in parks and open spaces should be required to yield to pedestrians. Reports of authorised vehicles effectively telling pedestrians to move out of their way are not acceptable.

Suggested bye-law additional to that proposed:

All motor vehicles must be driven in a manner respectful of the character of the area and other parks users, give way to pedestrians at all times, and obey any directions of Fingal County Council whether given by signs or by a parks warden.

A reasonable bye-law could provide for certain areas identified by signage where dogs would have be on a lead. However to require all dogs to be on a lead on all open spaces is unreasonable.

As it stands, this proposed bye-law would prevent most dogs getting adequate exercise in all parks and Council-maintained open spaces.