The planning permission for the third runway at Dublin Airport included two conditions restricting night flights, to take effect when the runway is complete. These conditions are to protect the health of local residents whose sleep is disrupted by night flights. Now Dublin Airport Authority has applied to Fingal County Council to amend the conditions restricting night time flights. My objection includes the noise impact and the climate impact of the application.

I have made the following submission to the consultation in advance of the drafting of a Local Area Plan for Dublin Airport:
END_OF_DOCUMENT_TOKEN_TO_BE_REPLACED 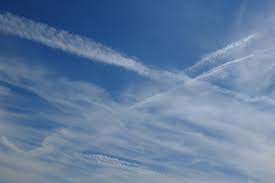 Dublin Airport Authority carried out a consultation in relation to the Environmental Impact Assessment of a proposal to remove the conditions in a permission they received from An Bord Pleanála which would restrict night time flights in order to enable local residents to sleep soundly. Exactly how they would apply to make such a change has not been explained despite direct questions.

I made the following submission:

1. The public is entitled to know what sort of application DAA is apparently planning to make, especially if we are being consulted on it.
For many months now, residents and public representatives have been hearing that DAA will be applying to change the planning conditions. However, we have not, despite repeated requests been able to understand whether this is a planning application or some other form of application. My request under the Access to Information on the Environment Regulations directed at obtaining this information also failed to clarify it.
Some sort of legal stratagem is presumably being developed. The fact that the public is being asked to participate in a consultation process where relevant details of the overall decision-making process are apparently being withheld is worrying. This is particularly the case when it is the ability of local residents to live normal lives and get a proper night’s sleep that is at stake.
2. DAA should not assume that it will be legally possible to make an application of whatever unspecified form which would relate only to two conditions of its planning permission given the passage of time since the granting of that permission, the fact that it has not commenced work on the permission and the requirements of the Environmental Impact Assessment Directive.
3. Analysis of aviation demand must take account of the need to reduce greenhouse gas emissions drastically and rapidly in order to avoid dangerous anthropogenic interference in the climate system, as set out in the UN Framework Convention on Climate Change and the Paris Agreement. Predictions of aviation demand must incorporate anticipated and necessary measures to reduce emissions including measures to control demand and measures which would change the makeup of the fleet using the airport.
4. DAA has misled itself in concluding that it is not subject to the Climate Action and Low Carbon Development Act 2015.
5. Analysis of demand for night time take off and landing must set out the degree to which this is stimulated or discouraged by pricing as well as the degree to which it results from measures taken at airports elsewhere to protect their neighbours from night time noise.
6. Alternatives examined should include the use of other airports in Ireland as well as technical alternatives, alternative modes of transport, and alternatives to transport.