I have sent the following response to Dublin City Council’s consultation on the redesign of the junction of North Wall Quay/ East Wall Road/ Eastlink Bridge at The Point.

I live in Howth and work in Ringsend; this is my route to work. As Councillor for Howth/ Malahide ward on Fingal County Council I also represent constituents who use this route on a daily basis.  We have an excellent coastal cycle route as far as East Point Business Park at which point the journey becomes a lot more difficult.

The scheme objectives set out in the report fail to address cyclists’ and pedestrians’ needs for safe and convenient road design and the proposal fails to adequately provide for pedestrians and cyclists as a result.

There are significant bus passenger numbers at this location as it is an interchange between Luas and bus services through the Port Tunnel, as well as being in the vicinity of employment and the Point Depot theatre. Buses stopping here include Swords Express, Aircoach, Airlink 747, 33x, 33d, 142, 151. The result is a high frequency of buses stopping and significant bus passenger use of the area.

However, it seems that no passenger count data has been gathered in advance of the design, or even calculations of the total frequency of buses at the bus stops in question. Traffic counts are described in the report but they appear not to include pedestrians or cyclists.

At the moment, southbound buses stop at the bus stop on East Wall Road (the one which is proposed to be retained as is). Due to the nature of the bus service, there are almost no passengers boarding here. The buses stop to allow passengers to alight. As some buses are coming from the airport, many passengers have luggage and many are in the area for the first time. There is no gap between the stopped bus and the cycle lane and the potential for conflict is obvious.

At the moment northbound cyclists either stay on the carriageway or travel across the plaza to join up with the unmarked cycle track at the junction with Sheriff Street. Bus passengers wait at the minor forest of bus signs for northbound buses. At rush hours there are normally quite a few people waiting. Before and after an event at the Point Depot, there are large crowds of pedestrians in the area.

There is no indication that the likely bus patronage profile has been identified.

This is an area of dense pedestrian/passenger activity and therefore this option is not suitable.

The replacement of this roundabout with a signalised junction is welcome. However, the junction design will keep the speeds of turning traffic high, fails to prioritise pedestrians and cyclists. A junction taking less space providing direct pedestrian crossings and tighter corners would be far safer.

The design itself is not clear on how southbound and eastbound cyclists are expected to access the East link Bridge; it seems to be directing them onto the footpath, which would be illegal. Is this the intention? 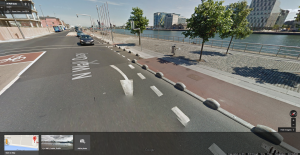 The proposed layout where cyclists coming off the bridge turning west will pass the end of the shared surface to join a cycle lane and then immediately turn left to cross the cycle track seems unnecessarily complicated; in addition the turning radius seems too short.

My response to Fingal County Council’s consultation on Open Space Strategy focussed on sustainability, especially reducing pesticide use in parks and open spaces.

We have an entirely unnecessary habit of spraying herbicide at the base of every tree, hedge, fence and wall and I am proposing that this ends. Whether by alternative planting or by allowing Nature a bit of room, other places manage their trees without toxic chemicals. I included some photos of these as examples. 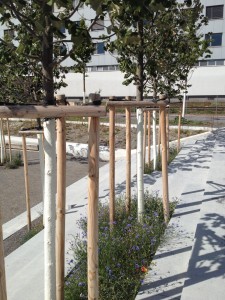 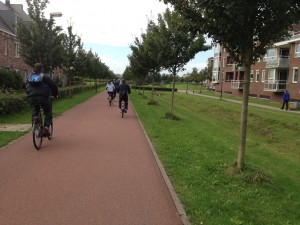 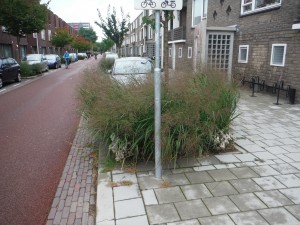 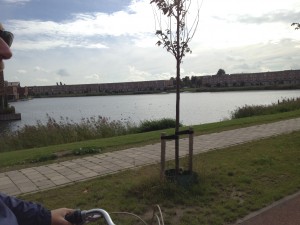 That the Eastern and Midland Regional Assembly writes to the Government to express its grave concern at media reports* that the Dart Underground planned for the Dublin Area is about to be abandoned, making the following points

I was questioned by one other member as to whether I thought the Dart Underground was more important than the airport link; I replied that it was, and that I thought this was objectively recognised by most people, including, in 2010, the current Transport Minister, then an opposition spokesperson:
“The Dublin Underground DART is needed more than any other Dublin Transport 21 project as it will connect many of our existing services and stations throughout Dublin. Such integration is a vital part of Transport 21 as it will help us make better use of what we already have.” http://paschaldonohoe.ie/iarnrod-eireann-humiliates-minister-dempsey-fails-to-come-clean-on-dublin-underground-dart-delay/

I would like to make the following comments on the above application.

​The application is a material contravention of the County Development Plan in three significant respects.

a) The Plan, in Local Objective 513 provides for a mixed use development on the site, which has an urban centre zoning. This development is not a mixed use urban development but a residential development with a few shops. It could be argued that a big expansion in retail space is not required in Howth and this is correct. The mixed use does not need to be primarily extra retail.

There is a clear need in Howth, with its major tourism businesses and stunning natural environment, for hotel accommodation. The inclusion of a significant hotel would make this a mixed use development and comply both with Local Objective 513 and with objectives in the plan for local economic development, especially tourism.

b) The height proposed is in contravention of Local Objective 512 which limits heights to between 3 and 5 stories, specifying that not more than 30% of the development can be 5 stories high.

Please note that while much of the content of the Howth Urban Centre Strategy is of course good, the document cannot be relied on in the same way as a County Development Plan or a Local Area Plan. For some reason it has not been presented to the Councillors for adoption as a Local Area Plan would be but is simply a piece of research by the Council. It cannot be relied on to alter or interpret the County Development Plan.

2. Wrong location and lack of plan for community centre

The proposed Community Centre is in the furthest part of the site from the developed urban area of Howth and the Railway Station. Community facilities such as this must be sited to facilitate public access. Even more fundamentally, there is no plan in place to finance the construction or the operation of such a centre. It would not be acceptable to grant an integrated planning permission in the absence of a sincere intention on the part of the developer to implement the entire permission as required by planning law.

In relation to the identification of this site in the Urban Centre Strategy (UCS) as a suitable site for the community centre, as I mentioned above, the UCS has no legal standing. The opposition of many of the local councillors, including myself, to the identification of this distant part of the site for the community centre in the UCS may have been one of the reasons that Council management did not propose it for consideration as a Local Area Plan as I asked them to do in 2008.

The community centre proposed in the application seems to be a simple box not designed for any particular purposes and visually not contributing to the local environment.

I urge you to seek further information on the proposed community centre, its uses and management.

3. The development will have an unacceptable impact on traffic levels in Howth and all steps should be taken to minimise this impact

The Howth peninsula does not have the capacity to accept increased traffic which would be generated by the development as proposed. One logical response to this is to develop this area as a ‘car-free neighbourhood’, excluding motor vehicles from the area (except for necessary deliveries), providing for a small multistorey carpark on the edge of the development which any residents with cars would have to use and designing the area to take advantage of the space and quality environment thus enabled. This is a practical option for the Techrete site because the it is right beside the railway station and within walking distance of many other local facilities. Experience with similar developments elsewhere such as Vauban in Freiburg, Germany1 shows that such developments will attract people eager to benefit from living in an neighbourhood without cars and that the rate of ownership of cars (kept in the multi-storey car park) can be around 30% of households.

The development should provide for three or four wide gaps in the buildings which would enable views from the public road to the sea and Ireland’s Eye; this is not the case at the moment with a development which is oriented east-west, blocking the views.

The first redevelopment planning application on the site, which was correctly refused for being an overdevelopment provided for a pedestrian bridge over the railway to access Claremont Strand. The benefits of this for residents and the general public are evident and it should be integrated into this or any other proposal for this site.